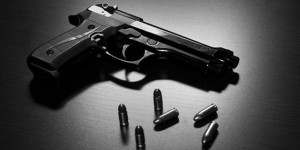 On Monday at approximately 11:02 pm, the Valdosta Police Department responded to 308-A Emory Street in reference to the report of a shooting. Officers arrived and were advised that two African American males forced open the front door, demanded money, and then fired several shots into the residence, striking Chen Zhaom, 56, in the arm and her son, William Zhao, 15, in the leg.

Zhao’s husband, Tian Zhao, stated that he was in a back room when he heard the commotion and gunfire. Tian advised that he came to the front room of the residence with his handgun and fired several shots at the offenders who fled on foot.

While officers were on scene, within minutes of that call, a second call was received in reference to someone being shot at 2406 Oxford Drive. Officers arrived and located Travis Stewart, 22, inside the residence with multiple gunshot wounds.

Detectives from the Valdosta Police Department and a Crime Scene Technician from the Valdosta-Lowndes Regional Crime Laboratory responded to investigate. All the victims were transported by EMS to the South Georgia Medical Center ER. The two incidents are believed to be related and persons of interest have been identified.