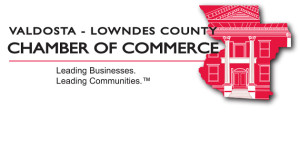 VALDOSTA, GA – The South Georgia Military Affairs Council (SGMAC) is gearing up for a trip to Washington D.C. to meet with leaders at the Pentagon as well as U.S. Senators Chambliss and Isakson and U.S. Representatives Kingston and Scott.

The group will discuss current legislation regarding the retirement of the A-10 aircraft and the potential effects such a decision would make on Moody Air Force Base. The base is involved in the A-10 mission, and the removal of such a mission could potentially make a drastic impact on the manpower needed.

Moody AFB has an annual economic impact of almost $450 million. The potential removal of missions and manpower in addition to a BRAC means the possibility of more economic uncertainty.

SGMAC recently met with Matt Hodge, Legislative Director for U.S. Representative Austin Scott to discuss current congressional plans regarding the issue. Hodge reported that the decision to retire the aircraft has not been finalized.

Hodge provided information about Representative Scott’s support for Moody Air Force Base, and discussed some of the options available to Moody should a BRAC (Base Realignment and Closure) take place in the coming years. While talk of such a move looms, Hodge says he’s not certain we’ll see the order within the next few years.

The group seeks to make clear to lawmakers that the Valdosta-Lowndes, Lakeland-Lanier, Nashville-Berrien, and Adel-Cook areas are all supportive of and supported by the strong presence of Moody AFB.