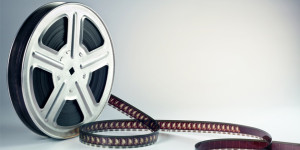 VALDOSTA, GA — Valdosta State University’s Mass Media Area, in conjunction with the Film and Video Society, will kick off the second annual 48-Hour Film Competition with an introduction of teams at 5 p.m. on Friday, March 7.

Half an hour later, the teams will be given a prop, a character, a line of dialogue, and 48 hours to write, shoot, direct, and edit a four-to-seven-minute film using the very limited resources available to them. They will be able to complete the project at any location of their choosing, on or off the university campus.

Five of the participating teams will be led by Mass Media Area faculty members Greg Brown, Jason Brown, Marie Elliott, Frank Barnas, and Talley Mulligan. A sixth team will be comprised entirely of students who won the Mass Media Area’s student-only film competition in the fall.

Dr. William Faux and Dr. David Nelson of the Speech Communication Area will work together as the seventh team.

The eighth team will be led by defending champion Mike Savoie, interim dean of the VSU Honors College, who also happens to be a professor of mass media.

“There is an outside chance we will have an out-of-town alumni team if we can work out the technology to screen their film in time,” shared Jason Brown, event organizer and an assistant professor of mass media. “We hope to do that more in the future.”

A panel of three guest judges will determine the winner of this year’s 48-Hour Film Competition, which, due to daylight saving time, may actually become more of a 47-hour event, at a free public screening at 7 p.m. on Sunday, March 9, in the Jerry and Kay Jennett Lecture Hall.