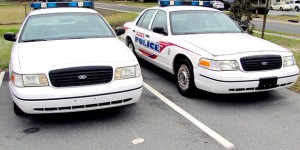 VALDOSTA, GA – A VSU student was struck by a vehicle at N. Patterson St. and E. College Street on Wednesday.

The pedestrian struck in yesterday’s accident has been identified as Elizabeth Lohmar, 21 years old, of Lawrenceville, GA. The Valdosta Police Department said she suffered some internal injuries, and is currently in critical, but stable condition.

According to the police report, a white female, 21 years old, was struck by a Chevrolet Silverado, which was turning south, while crossing N. Patterson St. She was crossing in the crosswalk and with the proper pedestrian light, according to officers at the scene. She was transported to SGMC ER, and is believed to have multiple broken bones and possible head trauma.

The Silverado was driven by Michael Laslie, 21 years old, of Valdosta. He is being charged with failure to yield to a pedestrian in a crosswalk.