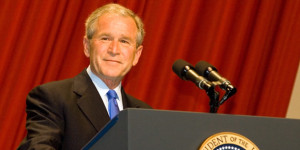 Georgia Christian School has surprised everyone with their announcement of the keynote speaker at their annual benefit dinner. School leaders announced earlier this week that George W. Bush will be speaking at the event. The exact date of the benefit has yet to be released.