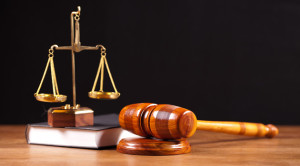 White entered a guilty plea for possession with intent to distribute more than 28 grams of crack cocaine before Senior U.S. Distrcit Court Judge Hugh Lawson in Valdsota, Georgia. As a part of the plea agreement, White admitted that on June 3, 2013, a search warrant was executed at his residence in Valdosta which resulted in authorities finding drugs intended for distribution.

During the search of White’s home, investigators found six cookies of crack cocaine packaged in sandwich bags, seven bags of powder cocaine, a one gallon sized bag of marijuana, and a cocaine press in the kitchen of the home. In the living room, officials found two quart sized bags of marijuana, a digital scale, and $1,216.00.