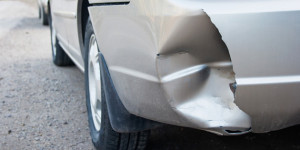 MOULTRIE, GA – A man in Moultrie has turned himself in to police after hitting a parked car and abandoning his vehicle.

Loonie Craig Poole, 26, 752 Edmondson Road, was charged with driving under the influence, suspended liscence, open container, and hit-run. According to authorities, Robbie Conger, of the 200 block of Seventh Street Southeast, notified police that someone had hit his parked car. Conger’s 2005 Mercury was found with dents, a broken mirror, and transfer of paint from another car.

A 1999 Ford Taurus was found abandoned at Auto Zone, on First Avenue Southeast, with damage indicating it had been the vehicle that had struck Conger’s Mercury. The Taurus had dents on the passenger side and the passenger side tire was torn from the wheel.

Inside the car were two bottle of beer, and according to police, the car smelled of alcohol that had been spilled. Poole called to report that he was at Burger King and wanted to turn himself in. He told police that after leaving the scene of the accident he felt bad.