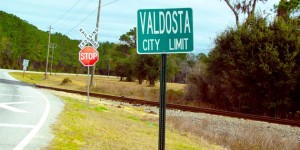 WASHINGTON, D.C. – According to a new report released today by the Center for American Progress Action Fund, the Georgia counties with the worst voting access are Dooly, Lowndes, and Telfair.

In addition to examining Georgia’s worst election offenders, the report offers county-by-county analysis of 16 other swing states—states with the smallest margin of victory between the two presidential candidates in 2012: Arizona, Colorado, Florida, Indiana, Iowa, Michigan, Minnesota, Missouri, Nevada, New Hampshire, New Mexico, North Carolina, Ohio, Pennsylvania, Virginia, and Wisconsin. The report finds that with election administration delegated to officials and boards in more than 3,000 counties and localities in the United States, the ease with which one exercises his or her right to vote can depend on where he or she lives. This pattern played out in every state that was analyzed. 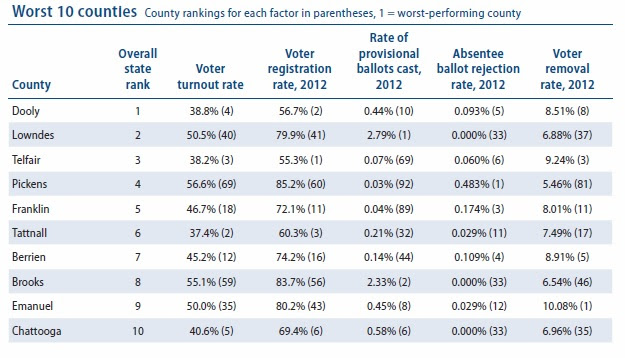 Lowndes County had the dubious honor of having the highest rate of provisional ballots cast in the state—more than 10 times higher than the state average. The extremely high deviation from the state average on this factor was largely responsible for Lowndes County’s position as one of the worst performers in the state. The report’s findings provide insights that can help officials, policymakers, and advocates better understand voting administration practices that work. By comparing voter access and experience across Georgia’s counties, officials can determine the best practices for ensuring that citizens have an equal opportunity to participate in the democratic process.

Read the report: Unequal Access: A County-by-County Analysis of Election Administration in Swing States in the 2012 Election by Anna Chu, Joshua Field, and Charles Posner.