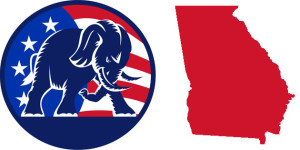 ADEL, GA – The eight GOP candidates vying to fill the seat of retiring U.S. Sen. Saxby Chambliss will take part in the first of seven debates on Saturday, Jan. 18 at the Cook High Performing Arts Center. The event will begin at 6 p.m.

The Georgia Republican Party is putting together the series of debates and will partner with District and County Republicans to organize and promote them. Later debates will be held in Kennesaw (Feb. 1), Gainesville (Feb. 22), Macon (March 8), Savannah (March 29), Augusta (April 19) and Columbus (May 10).