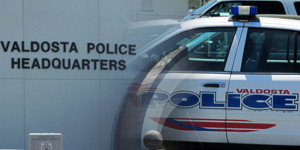 VALDOSTA, GA – The victim of a robbery in December is offering a reward for the return of a stolen, dark-colored, large floor safe. The amount of the reward has not been disclosed.

According to a press release from the Valdosta Police Department, on December 27, 2013, a Britain Drive resident in Valdosta arrived home and discovered their family’s home had been burglarized. Police believe the burglar entered through a window of the home. They then took a dark colored, large floor safe, three to four foot in height and very heavy, from the home. Authorities believe the safe was taken through the front door of the home. VPD says there is a possibility a small vehicle or some type of utility vehicle may have been used in the burglary.

The victim has advised the Valdosta Police Department that their family is offering a cash reward for the return of the safe and arrest and conviction of the person(s) responsible for the crime. The VPD Bureau of Investigations along with the Lowndes-Valdosta Regional Crime Laboratory are working on this case together and are currently following up leads and information regarding the crime.

Anyone having any information about this crime or the whereabouts of the safe and/or offenders is urged to contact the Valdosta Police Department Bureau of Investigations at 229-293-3145 or may remain anonymous by calling the crime tip line at 229-293-3091.