Home /Latest News/Thomasville Woman Arrested For Stealing Over $75,000 From an Elderly Man
Share with friends 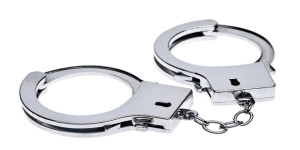 THOMASVILLE, GA – The Thomasville Police Department has a arrested a woman for stealing over $75,000 from an elderly man.

Authorities say 72 year old Peggie Hunt stole more than $75,000 from an 86 year old Thomasville man she had been hired to take care of three years ago. It was brought to the investigators attention last month by two of the man’s other caregivers that something suspicious was going on when they saw a pay cut in their paychecks.

During an investigation officials obtained financial records and copies of checks made out to Hunt. Authorities said some checks were written for over five hundred dollars more than Hunt was supposed to be getting paid in a week. Hunt was charged with exploitation of an elderly person by theft by taking. She was taken to Thomas County Jail, but has been released on bond.