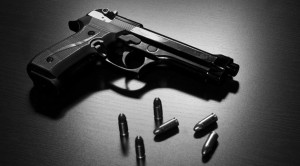 MOULTRIE, GA – A second person has been arrested in a shooting that took place at Paradise Place Apartments in Moultrie on Monday.

Moultrie Police have charged Floyd Collins with giving false statements in the shooting death of 28 year old Reacieh Robinson. 23 year old Lenorris Jordan has already been taken into custody and has been charged with murder and possession of a firearm.

Detectives say Jordan and Robinson were arguing in the parking lot of the complex when Jordan shot Robinson in the face. Police are still questioning people in the case.