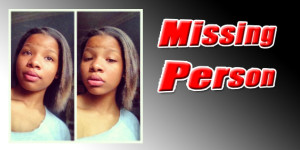 VALDOSTA, GA – Daja Jerkins, a fifteen {15} year old juvenile recently left her home on Edgar Circle to walk to her school bus stop and has not returned. During the investigation investigators learned that Daja Jerkins had taken her personal belongings.

Daja Jerkins is originally from Fulton County and had moved to Lowndes County approximately four months ago. She is 5’2” tall and weighs approximately 120 pounds. She has been entered into the F.B.I. National Crime Information Center database as a missing person and investigators have communicated with representatives from the National Center for Missing and Exploited Children.

Sheriff Prine is asking that anyone with information on this case to contact the Lowndes County Sheriff’s Office at {229} 671-2950 or anonymous tips can be provided at {229} 671-2985 or on line at www.lowndessheriff.com.