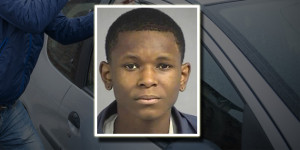 VALDOSTA, GA – In recent weeks deputies and investigators from the Sheriff’s Office have responded to a number of incidents of theft from inside vehicles parked in the neighborhoods in and around Bemiss Road, Guest Road and Studstill Road areas. These reports led to an increase in the neighborhood patrols by deputies. Investigators also conducted canvasses of the areas and distributed flyers to citizens warning of the thefts that had taken place. Many citizen tips were received and through a combined effort, Cameron Chandler was arrested on Monday afternoon after investigators served a search warrant at his residence and recovered stolen property.

During this investigation various items of stolen property valued at approximately $2,000.00 has been recovered including some that had not been reported to law enforcement. Thus far Cameron Chandler has been charged with seven {7} counts of theft by entering an automobile. Investigators have also learned of multiple incidents that occurred within the city of Valdosta and Remerton and investigators from the Sheriff’s Office are working with detectives from both of those agencies. Investigators are continuing to work on cases and locate the additional property that was stolen. More charges and arrests are possible as other suspects are identified.

Sheriff Prine wants to encourage everyone to secure their valuables and lock their vehicles, especially during the holiday season. Most of these thefts were committed in vehicles that were left unlocked and therefore made easy targets.

Sheriff Prine has stressed that this investigation is ongoing and is asking that anyone with information on this case, or any other case to contact the Lowndes County Sheriff’s Office at {229} 671-2950 or anonymous tips can be provided at {229} 671-2985 or on line at www.lowndessheriff.com.