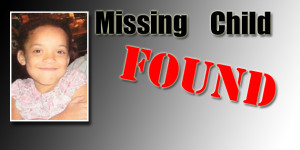 An AMBER Alert was issued Friday for 6 year old Onnika Fisher from Jacksonville, Fl by the Jacksonville Sheriff’s Office after her mother abducted her from the Jewish Family and Community Services center during a visitation. Fisher was found with her mother Charity Chatman, 39, in Perry during a traffic stop. Chatman lost custody of Fisher in November, and Onnika was put into the custody of Department of Children and Families.

A motorist recognized Chatman and the dark green Buick Century from the AMBER alerts issued in Georgia, and notified police, according to the Houston County Sheriff’s Office. Chatman will be transported back to Jacksonville, and has been charged with interference of custody.