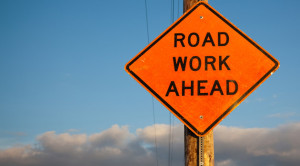 VALDOSTA, GA – The Williams Street Improvements Project, which began in early August 2013, is more than 70 percent complete and is projected to be completed before the Christmas holiday.

The project, which spans from Ashley Street to Park Avenue, includes the reconstruction of the Williams Street centerline, new curbs and gutters at various locations, minor storm drainage repairs, a new asphalt surface and sidewalks.

Williams Street will continue to be a two-lane road upon completion. The narrower lanes of this street will reduce vehicular speed and the realignment of the street will increase visibility of travelers—both of which result in a safer traveling experience in this well-established and pedestrian-prevalent neighborhood.

On the portion of Williams Street between Brookwood Drive and Park Avenue, the contractor has completed the repairs and placement of the curb and gutter. Additional milling and road repairs will continue throughout this week to prepare for the first layer of the paving process, which will begin before Thanksgiving.

Similar work on the portion of Williams Street, between Brookwood Drive and Gordon Street, will begin in early December. The final layer of asphalt and temporary striping for two-way traffic will be completed on the entire length of the project thereafter and is expected to be completed before Christmas.

The Williams Street Improvements Project also features the construction of a wider sidewalk that connects into the existing Azalea Trail, providing a safe route for recreation in our community. Most of the sidewalk has been installed from Brookwood Drive to Park Avenue with the exception of the area within Drexel Park, which will be accomplished this week.

“The City of Valdosta thanks its citizens for their patience throughout this project,” said City Engineer Pat Collins. “These types of projects are not pleasant while in the construction phase; however, we are confident that this will be another successful project that will add to the quality of life for our citizens, particularly the ones who live on or nearby Williams Street.”

Until the project is complete, motorists are urged to adhere to all traffic barricades and construction signs for their safety and the safety of workers. For more information, contact the city’s Engineering Department at (229) 259-3530.