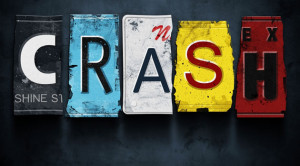 THOMASVILLE, GA – A wreck that occurred in Thomasville on Tuesday has reportedly been the result of a semi truck driver falling asleep. Three semi trucks collided at the traffic light near County Line Rd. on the U.S. Hwy 84 Bypass. The accident happened when the driver of a semi carrying frozen chicken fell asleep and slammed into the back of the middle semi stopped at the light. The middle semi was carrying heavy equipment, and was pushed into the front empty semi. According to officials, the force of the accident was so hard frozen chicken from the third semi went through the refrigerated back and jammed into the cab of the truck.

The driver of the third semi was sent to Archbold Memorial Hospital for treatment. His truck was totaled. The Georgia State Patrol is investigating to determine whether or not the driver had a medical condition that would cause him to fall asleep.