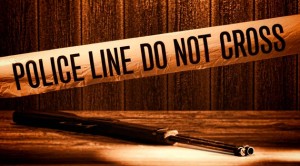 DAWSON, GA – It has been two weeks since 23 year old Dawson Mayor Christopher Wright was shot in his home, and investigators still have not tracked down the shooter or shooters. They returned to the crime scene Thursday to look for more clues that would help in the investigation. GBI agents and officers set up a road check near Wright’s home on Thursday night asking people if they knew anything about the crime.

Wright was ambushed when he returned home late on Halloween night. His family has not released any information about him because they are worried for his safety.