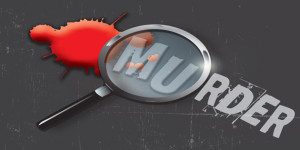 CORDELE, GA – Four men have been placed in jail after being arrested for the murder of a man in 2005. Antonio Brown, Kevin Glover, Eric Mason, and Antonio Glover all have been charged with the murder of 55 year old Karim Bashir on Christmas Eve 2005. Police do not believe this investigation is over. They are still seeking out two more individuals they believe are involved in the case.

Witnesses say six men were around Bashir’s store on the night of the crime. Bashir was struck in the head with a metal object, and he later died at a Macon hospital. The robbers stole mainly clothes, CD’s, and jackets that night.

All four men have been charged with felony murder. Investigators say recent tips helped lead to their arrests, and they hope more information will come in to find out who else was involved.