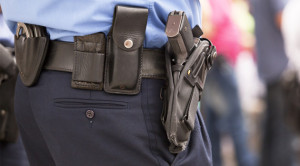 DAWSON, GA – The attorney for Dawson Mayor Chris Wright is still asking the city council to provide police protection for the Mayor. The council denied the request last week saying it would cost the city too much money.

Wright was shot six times on Halloween night after returning home, and finding his mother tied up. Wright’s attorney says he believes Wright is still in danger. Due to the nature of the crime, many believe Wright was targeted, but the motive is still up in the air.

The city council voted 4 to 2 against providing police protection for Wright. City leaders said the cost of providing 24-7 protection for the mayor would be $16,000 a month. Council members who voted against the protection stated they voted no due to Dawson residents complaining that the mayor should not be receive special treatment.

Wright is in good condition, and is out of the hospital. He is currently in an undisclosed location for his own safety.