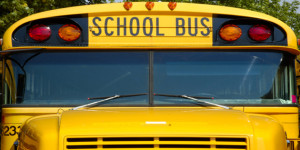 Nikell Brown’s grandmother, Karen Williams, said he came in claiming he had been left on the bus all day. Williams said “He cried all day long, and nobody answered him.” Williams wants an apology from the bus driver, Judy Smith. Smith found Nikell during her afternoon rounds. She told Nikell’s sisters, but did not tell his grandmother what happened.

Worth County officials now have someone supervising Nikell when he is on the bus, and Judy Smith has resigned as a bus driver.