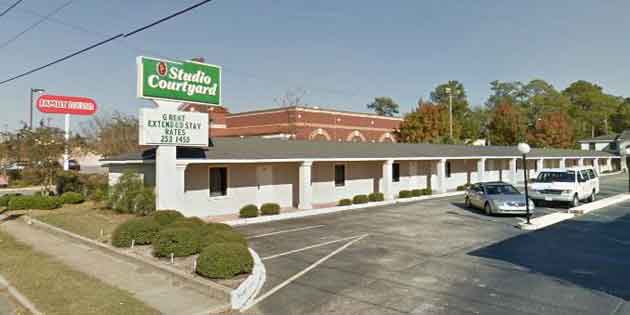 Valdosta, GA- Police in Valdosta have arrested a suspect whom they say shot a 20-year old man inside an Ashley Street motel early Friday morning.

Officers were called to the Studio Courtyard Apartments shortly after 1am Friday in response to a shots fired call. Once on scene, they found 20-year old Darrell McCloud suffering from a single gunshot wound to his abdomen.

According to witnesses, the shooter, identified as 40-year old William Holloman, ran from the scene. He was arrested overnight Friday and remains in the Lowndes County jail.

McCloud was taken to SGMC for treatment- his condition is unknown.