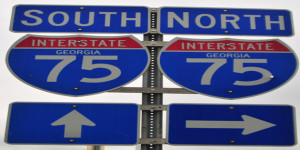 Two semi trucks were involved in a wreck Wednesday that left one driver injured and the other dead.

The truck driver in the front vehicle was transported to South Georgia Medical Center. His condition is unknown.

The truck driver at the rear of the collision was killed. His name has not been released.

The SKIRT team is still investigating the scene to determine the cause of the accident.