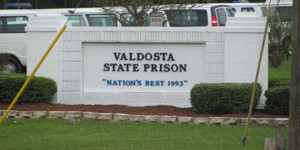 A Valdosta man will spend the rest of his natural life in prison after being sentenced to five consecutive life sentences. Alexander Woods III heard the sentence inside a Colquitt County courtroom after being convicted of killing five people near Moultrie in 2004.

The killings were allegedly retribution for a drug deal gone bad.