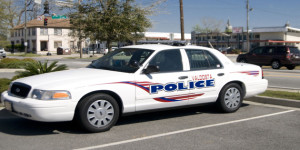 Valdosta, GA- A confusing and harrowing afternoon at Valdosta High School ended in one arrest. The county 911 center received a phone call around 1:15 Wednesday from a caller claiming there was a bomb at VHS.

Police responded to the scene and evacuated the school shortly after the call was received. Following a search by K9 units and officers, no incendiary devices were found on school property.

Detectives with the VPD were able to track down the phone number from which the call was made, and subsequently arrested 20-year old Kahlil Berrian. He is expected to be charged with  Disrupting a Public School and Terroristic Threats, both of which are felonies. Berrian will be transported to the Lowndes County Jail.