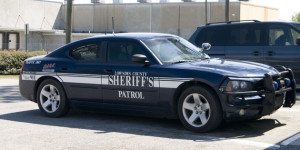 Lowndes County Sheriff Chris Prine now believes that Nathaniel Wilkins, who has been the subject of an intense search, is alive, and faked his death.

Lowndes County divers assisted Brooks County deputies in a water search of the Little River most of the day today. The sheriff says that search has been called off, and authorities are looking for Wilkins in South Georgia.

WCTV is reporting that Wilkins was arrested back in June in Panama City Beach on charges of solicitation of a minor. His court date was scheduled for May 6th.

On Monday afternoon, the family of Nathaniel Wilkins reported him as missing to the Lowndes County Sheriff’s Office. According to family members, Nathaniel was last seen on Thursday, April 18 when they dropped him for his class at Valdosta State University.

Following an extensive search at the Little River and based on additional investigation the search effort at the river has been discontinued. Nathan Wilkins has not yet been located but investigators no longer believe he is in the river.

This investigation is on-going and Sheriff Prine is asking that anyone with information about Nathaniel Wilkins is asked to contact the Sheriff’s Office at {229} 671-2950, anonymous tips may be placed at {229} 671-2985 or on-line at www.lowndessheriff.com.